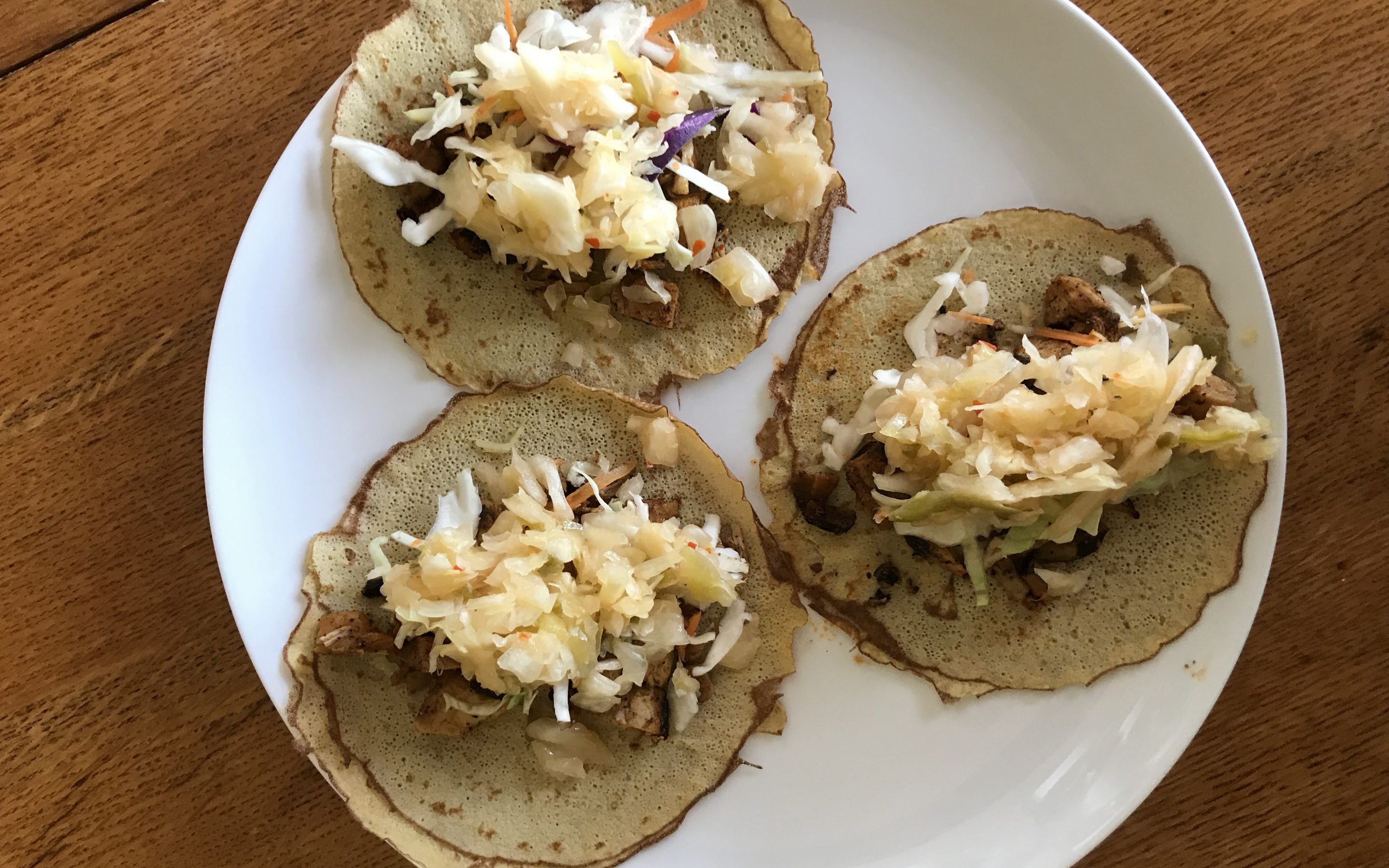 Being an empty nester and frequent traveler I find myself cooking less and less. And when i do, I’ve become quite lazy at it, although I do still try and keep it healthy. 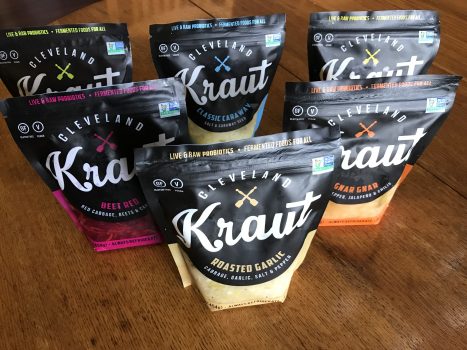 Fermented foods are all the rage now and when I received some samples of Cleveland Kraut, my creativity juices started flowing.The flavors of the kraut come in Gnar Gnar which features jalapeños and peppers, Curry with turmeric and ginger, Whiskey Dil, Classic Caraway, Beet Red featuring fermented beets, Roasted Garlic and Cabbage and Cukes. 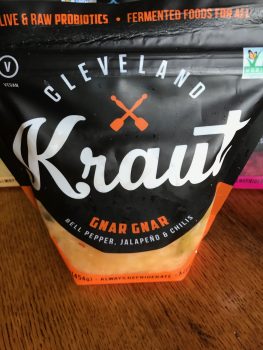 For some reason, I am obsessed with street tacos, and usually order them when we go out to a restaurant that has them. I also have found the chicken street taco kit from Costco.  I’m thinking what I really like about them is the slaw that is always on top and the Cleveland Kraut flavors reminded me of slaw toppings you see on tacos so I took a stab at creating my own 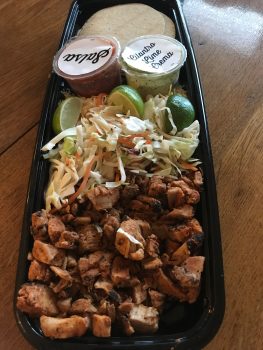 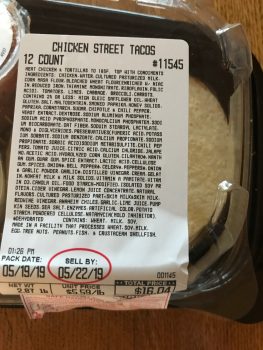 First off when I buy the Costco taco kit, I freeze the shells and use these egg thins crepes by Crepini, also found at Costco. They come made with cauliflower or plain and help keep the carb count on these tacos a little lower. 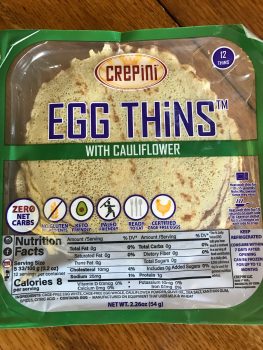 So to create my Lazy Street Tacos, I heated up some of the chicken from the kit, and topped those crepes with a scoop of chicken and the gnar gnar kraut featuring peppers and jalepeños which gave them a great kick. The Costco kit also comes with a cilantro lime creme which is yummy to drizzle on top. 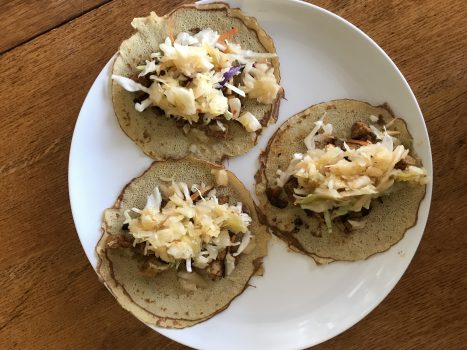 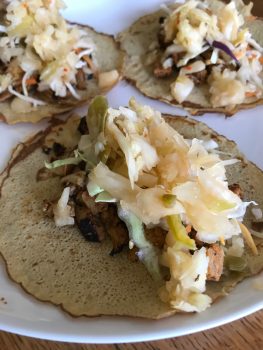 Another lazy idea I had was using the precooked Frontera Grill brand barbacoa and chicken made by Rick Bayless which you can also find at Costco. I’m kind of a Costco junkie if you can’t tell.

Now, I am certain you can always cook your own chicken, beef, fish or protein of choice and season it however you like, and they still would not take that long to whip up. I’m thinking what really takes the most time in preparing street tacos is making the slaw and with Cleveland Kraut, the works is done for you!

Some other fun ideas I have using the other flavors of kraut would be topping a burger with the whiskey dill or cabbage and cukes and making a cauliflower rice bowl with the curry kraut and lentils.

I’ll add a link to these recipes once I tried them out!

To find Cleveland Kraut near you, order online or just read the cool story of how they got started, visit clevelandkraut.com