My Summer with the Nokia Lumina 2520 Part Two 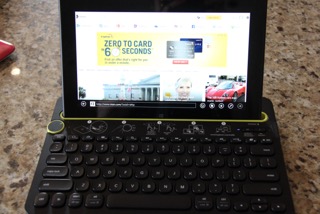 This is a three part series on the Nokia Lumina 2520. Verizon Wireless has graciously loaned me this tablet for the summer and in return, I will be sharing monthly posts on all the cool features. Read part one here. 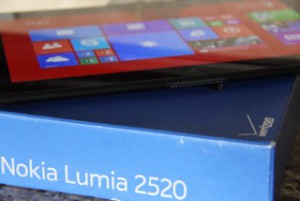 July was a busy month with the Nokia Lumina 2520 and I. For starters I took it with me on National Social Media Day to an event held in Wichita. The guest speaker was Social Media Expert Mark Schafer and with Microsoft Word already installed on this tablet, it was handy dandy for taking notes on all of the great information he had to share. I could literally write a whole blog post just about that.

After the event we headed out for vacation where the tablet help pass time in the airport.  I was able to hook up to the wifi and watch some Netflix while waiting on a delayed flight.  I also downloaded various games and apps from the Google Play store to keep me occupied while in the air.

While exploring all of the features of the tablet I came across what looked to be an Xbox controller on the touch screen. I was intrigued by this as my son is an avid Xbox fan. Once home I opened the app and had my son log into his Xbox account, which opened up another level of features to this tablet.

In the app we are able to download apps and games from the Windows store, play a select number of Xbox games, look up Xbox friends, find achievements and more. Did you know my son has played 150 Xbox games? Neither did I but the achievement section tells you that. I am not sure I really wanted to know that! No wonder he had so much trouble with that math class in college, I am thinking he should have beed studying instead of playing.

Well I am sure that is more information than you wanted to know about my sons Xbox playing habits but none the less it is a fun feature of the tablet for the avid Xbox fan out there.

Lastly, I paired the Bluetooth keyboard with the tablet and it works like a dream. I love how it becomes a mini laptop. The keyboard is easy to use and makes easy to take on the go.

I have one more month with this Nokia Lumina 2520 so stay tuned for next months post on what else I can discover about this tablet.

In the meantime if you are interested in additional information about this tablet including specifications, pricing or more check out Verizon Wireless.com.