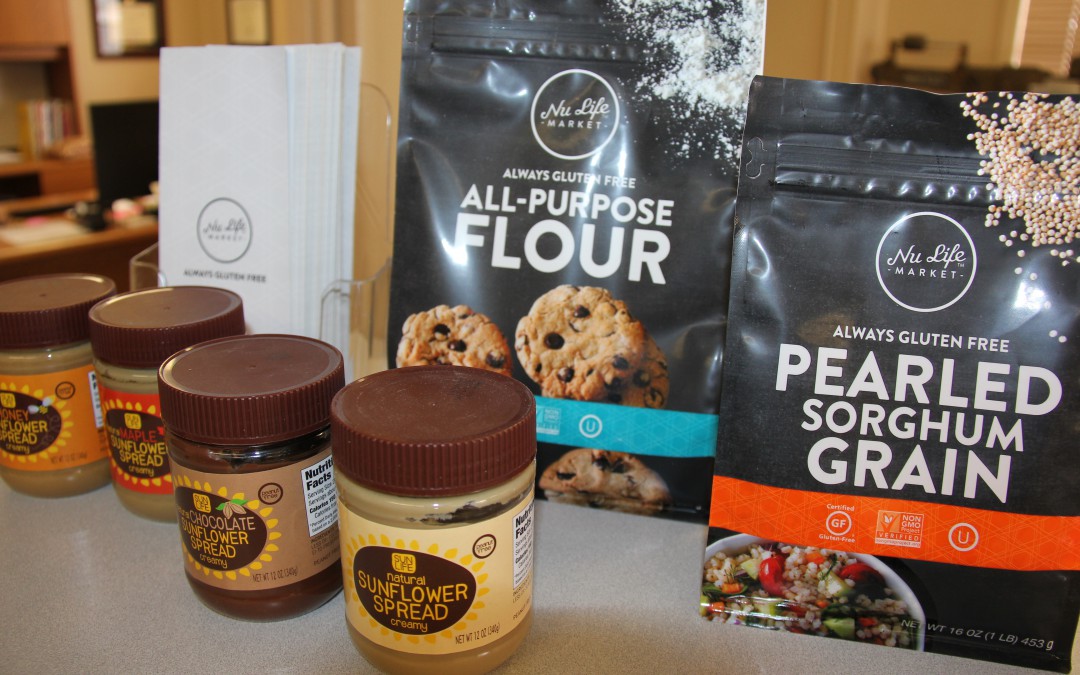 I recently had the chance to attend a three day farm tour across Kansas which you can read about here. On the second day of the tour we met Earl Roemer a fourth generation farmer in Scott City, KS. Earl runs Nu Life Market and grows non GMO sorghum or sometimes called milo which is a gluten free ancient grain. 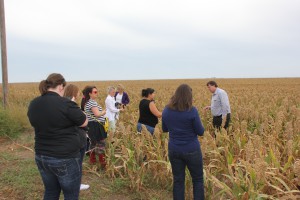 The grain is used to make gluten free flour and other gluten free products some of which are used in some big name products. Did you know that you can pop the sorghum grain like popcorn? The popped grain is a bit smaller than regular popcorn and has slightly sweet almost kettle corn flavor. One of Nu Life biggest products is popped sorghum that is only produced for commercial use and is bought by some big brands for use in some of their gluten free products. 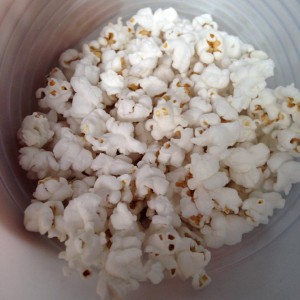 Nu Life Market also produces Sun Life sunflower kernel spread which is a great alternative for peanut butter for those who suffer with peanut allergies. I am not allergic to peanuts and eat peanut butter all the time, but I am also a big fan of the sunflower butter, I buy it all the time! If you like sunflower seeds I promise you will love this spread. It is perfect for dipping apples in and makes a great snack!

The sorghum crop does well in dry climates and the region of Kanas where the sorghum is grown actually has very little rainfall making Kansas the largest producer of grain sorghum in the United States producing about 200 million bushels per year.

Nu Life Market is in control of the sorghum from the time the seed goes into the ground until it hits the consumers mouth. This along with traceable technology and the FDA designed processing facility helps ensure the safety and allows the consumer especially those with celiac issues confirm that there has been no cross contamination of the grain.

Having the certification that there has been no cross contaminations gives Nu Life Market an incredible reputation for having the highest quality non allergenic gluten free flour on the market and has been accepted into Costco stores for consumer purchase.

I had no idea how diverse Sorghum was as it is not only used as a cooking grain or flour but China uses it to make a popular liquor in their county called Baijui.

Red Sorghum contains tannins and antioxidants similar to red wine and is the only grain that contains levels of tannins like this. Black sorghum contains antioxidants in fact it is eight times the amount of blueberries so lots of medical research going on right now on how to use sorghum for medical use. One study is looking at how it may help with pre cursor colon cancer cell and another is how it can help ischemic heart disease. Nu Life Market is the only company in the world that produces volumes of these colored grains for sale for functional foods, beverages and nutraceuticals. 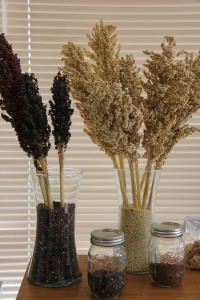 The Nu Life Market staff includes cereal scientist Etsehiwot Gebreselassie who they call C.A. She continually works in the commercial kitchen testing products and recipes. Her along with the other girls at the office made us a traditional American lunch and traditional Mexican meal to show the diversity of the grain. 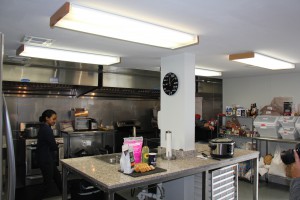 C.A. in the test kitchen 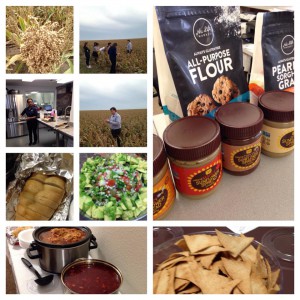 The Mexican dish included a chicken pozole and a pork pozole. Pozole is a traditional Mexican soup with red chille peppers and hominy. In place of hominy they used the pearled sorghum. The Pozole is served with cabbage and lime and was amazing! Other dishes were home made gluten free chips, salsa, homemade pico de gallo with fresh avocado and pearled sorghum. I cannot say enough about how delicious everything was and the amazing hospitality Earl and the staff showed us a Nu Life Market.

Along with producing products for major companies to use in their gluten free products, Celebreity Chef Marc Forgione uses Nu Life pearled sorghum in his restaurant in New York City. 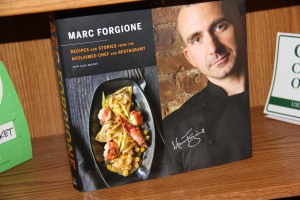 I cannot say enough about how delicious the lunch was, how amazing the tour was and the gracious hospitality Nu Life Market showed us.
Nu Life Market’s retail products including gluten free flour, pearled sorghums and baking mixes are available on-line on the Nu Life Market website and some retail locations.