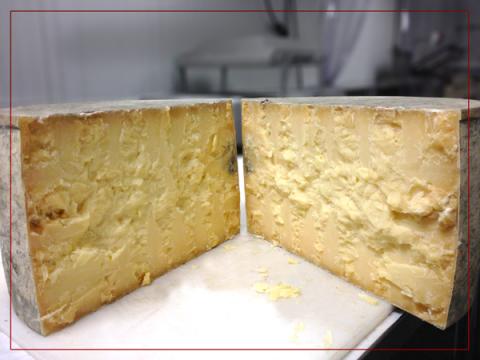 Below is an official press release regarding the new Paris Brother’s Caved Aged Cheeses. 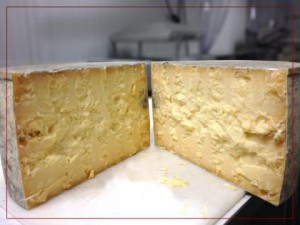 The family-owned company, which is focuses on specialty foods such as artisan cheese, specialty grocery products and coffee, has expanded the use of its nearly 650,000 square feet of naturally climate-controlled underground storage to age specialty cheeses. This process of aging, inside an actual cave, helps to revive flavors that cheese makers can lose using a more modern refrigerated aging process.
“Having a natural aging environment is a wonderful opportunity for cheese makers to truly craft the flavor, intensity and richness they desire in their products,” said Joe Paris, owner of Paris Brothers.
Of course, cave aging was the way ripening (affinage) was done for centuries. Paris Brothers’ unique underground space, known as SubTropolis and owned by Hunt Midwest, Kansas City’s largest underground storage facility, allows the company to maintain not only an overall environmental standard, but most importantly, Paris Brothers is able to create smaller custom environments conducive to the needs of the individual artisan cheeses.
“Our professionally trained cheese specialists play a part in perfecting the right conditions,” said Paris. “It’s labor-intensive, but our facility has a natural ability to produce some fantastic flavors and textures.”
In addition to understanding the artisan aspects of the cheese maker, the aging process involves first creating the ideal environment. Then the rotating (scheduling how often and in which manner to move it) and monitoring begins. Some varieties are rubbed or brushed to encourage the mold development. The length of time a cheese ages depends on the variety of the individual cheese and the desired end result; some as little as eight months and others are stored for up to four years.
Paris Brothers is currently working with world award-winning cheese makers from California and Wisconsin. Additionally, the company is in talks with several other companies, including local cheese makers.
The result of at least one of the cave-aging processes is currently under review by an international panel. They are considering the Bandage Wrapped Cheddar produced by Fiscalini Farmstead Cheese Company of Modesto, Calif. and cave-aged by Paris Brothers which has been submitted to compete in the 2013 World Cheese Awards in London this July. Nearly 600 cheese makers from small artisan producers to large brands will be displaying and sampling at this 115-year-old event.
Paris Brothers cave-aged cheeses will soon be available for consumers in local grocery stores that offer high-quality cheeses and will be used by local chefs in some top area restaurants.
About Paris Brothers Specialty Foods
In 1983, the Paris Brothers: Salvatore Paris and Joseph Paris started a popcorn manufacturing and distribution company called Sally Jo’s Old Fashioned Popcorn. What started with two brothers using one truck servicing Kansas City area restaurants and foodservice outlets has grown to become a national specialty foods company providing warehousing, logistics, manufacturing and distribution services.  The company’s products consist of more than 4,500 food items, including 600 cheese and charcuterie products. Throughout the years, Paris Brothers has diversified its company’s services and today employs nearly 100 associates with expanded divisions in food product manufacturing, specialty coffee roasting, food product marketing and supply chain services. Named National Small Business Contractor of the Year in 2011 by the United States Department of Agriculture, Paris Brothers continues to build a strong business with various cheese makers, coffee companies and others to store and distribute food products from its underground facility in Kansas City, Mo.