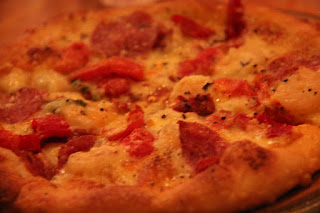 Here is an official press release regarding the newest opening of SPIN Pizza.

KANSAS CITY, MO (May 23, 2012) – SPIN! Neapolitan Pizza will begin serving award-winning artisan food without the gourmet price at its new Lenexa location beginning May 28. Locally owned and operated SPIN! Neapolitan Pizza’s fifth location will open at 9474 Renner Blvd. in the Prairie Center shops. Known for its exceptional food made from fresh ingredients and its eclectic, affordable premium wines, the restaurant will offer seating for 100, a bar, and an outdoor patio that seats 48. On Tuesday evenings during the summer, live family-friendly music will be played on the patio with no cover charge.