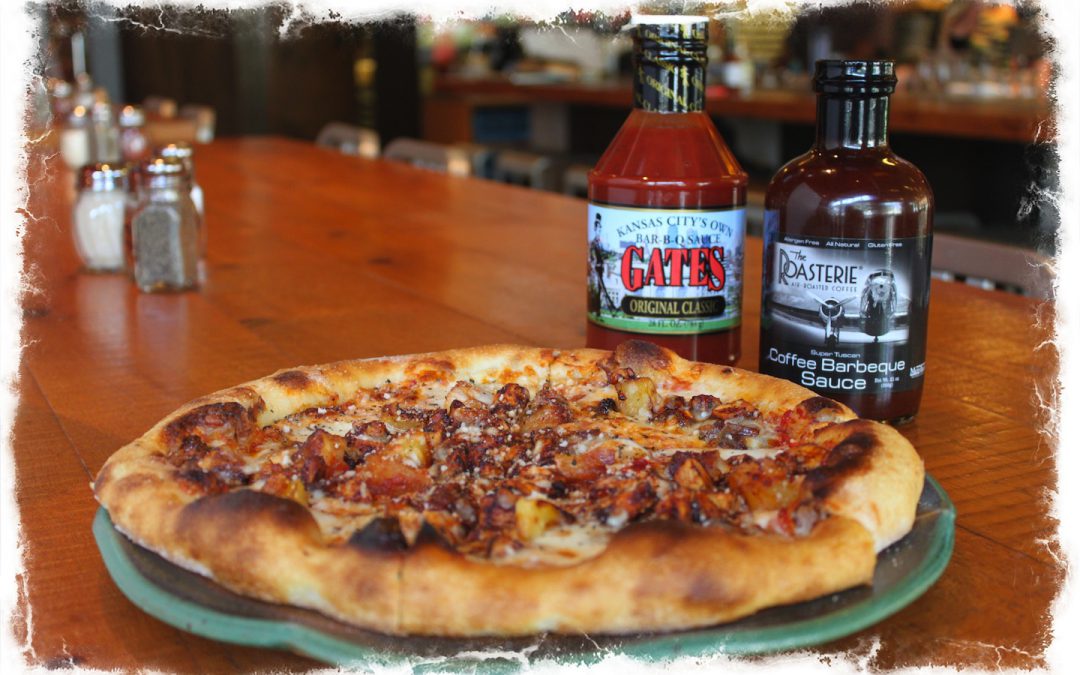 Below is information from the official press release about Spin! Pizza and their new roasted pineapple topping. 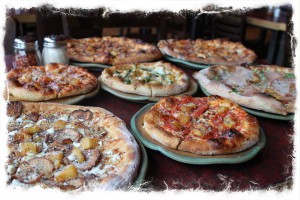 “The rich, sweet, mocha flavor of the Roasterie’s barbecue sauce is the perfetta (perfect) complement to the tangy, peppery notes of the Gates sauce for our new BBQ di Pollo e Pineapple pizza,” says SPIN! co-owner Gail Lozoff. “This turned out to be an ideal opportunity to introduce pineapple to our menu while teaming up with two Kansas City businesses whose sauces combine to make an incredible pizza.”

While BBQ di Pollo e Pineapple pizza will be a permanent addition to SPIN!’s menu, a series of pineapple pizzas will be offered every week throughout the summer.

“Let’s face it,” says Lozoff. “You don’t see much pineapple on pizzas in Italy. It took us a long time to cave into guest requests for it. So, now that we’re doing it, we want to make it a big deal!”

Dubbed “The Pineapple Project,” the pizzas will range from a bianca (white) pizza featuring potato, goat cheese, and pineapple on a crust brushed with garlic roasted olive oil glaze to a rossa (red crushed roma tomato base) pizza generously covered in sausage and pineapple. Another pizza, Prosciutto e Spinaci (Italian ham, spinach and roasted fig onion marmalade), will be available on an on-going basis with sweet roasted pineapple added for $1.25.

In addition to introducing pineapple to the menu, a retired guest favorite pizza is returning. The Greco is making a comeback with its Greek-influenced roasted red peppers, spinach, kalamata olives and feta cheese.

SPIN!’s pizza dough is made fresh every day using several types of flour including one imported from Italy, and its gluten free crust is renowned for its flavor. All the toppings are roasted in stone hearth ovens each day, including mushrooms, caramelized onions, artichokes, capers, and even pecans, pine nuts, pancetta, and now pineapple. Many of the cheeses are hand grated.

SPIN! Neapolitan Pizza, which has won numerous national and local awards for its food and concept, also is known for its rotating roster of premium wines priced well below traditional restaurant prices. The beverage selection also includes white, red and blood orange sangrias and craft beers.

Founded in Kansas City in 2005, SPIN! is locally owned and operated by Gail and Richard Lozoff and Edwin Brownell. For information, please visit www.spinpizza.com.

Award-winning SPIN! Neapolitan Pizza is known for its exceptional, artisan food made from fresh ingredients without the gourmet price and its eclectic, affordable premium wines. Named a 2013 Breakout Brand by industry authority Nation’s Restaurant News, SPIN! was named one of the “Rest of the 101 Best Restaurants” in the nation by top foodie website TheDailyMeal.com. Its Margherita Pizza was crowned one of the nation’s best dishes of the year by Restaurant Business magazine, its architecture won Best of Show at the Mid America Design Awards, and it was named a “Top 100 Movers and Shakers” by Pizza Marketplace. Ranked number one by Zagat among Kansas City pizza restaurants, it has been named best pizza by every major Greater Kansas City publication. SPIN!’s menu is created in collaboration with James Beard Award-winning chef Michael Smith. Founded in 2005, SPIN! has five locations with a sixth under construction in the Greater Kansas City area and its first franchise location in Orange, Calif. This is the second national concept created by SPIN! co-owners Gail and Richard Lozoff and Edwin Brownell, who are experienced in large multi-unit expansion, franchising, and operations. www.spinpizza.com.