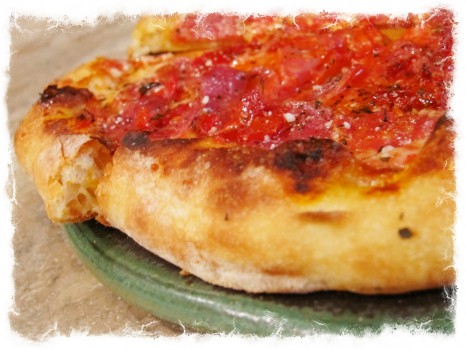 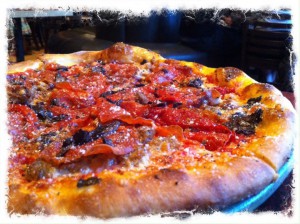 SPIN! Pizza will open it’s seventh location in the metro on Thursday, March 12 in Crown Center.

Located in a 3,800 square-foot first floor space previously occupied by Kabuki on the north side of the Crown Center Shops atrium, SPIN!® Pizza’s dining room features open air windows facing the food court. An outdoor patio with seating for 35 is tucked between the atrium’s glass walls and a water feature, with a storied view of Crown Center Square.

The locally owned and operated pizzeria, ranked number one by Zagat among Kansas City area pizza restaurants, has been awarded “best pizza” by numerous Kansas City area publications, where it also was honored for the city’s best gluten-free menu. SPIN!’s been named one of the “Rest of the 101 Best Restaurants” in the nation by top foodie website TheDailyMeal.com, its Margherita Pizza was crowned one of the nation’s best dishes of the year by a trade magazine, and its architecture won Best of Show at the Mid America Design Awards.

With recipes developed in collaboration with James Beard Award-winning Chef Michael Smith, who also was named national 2014 Chef Innovator of the Year, SPIN! is known for its award-winning authentic Neapolitan pizza, artisan food made from fresh ingredients without the gourmet price, a rotating roster of affordable premium wines, barrel wines and craft beers, and its distinct, inviting atmosphere that appeals to all ages.

SPIN! takes the unique step of roasting its pizza toppings in stone hearth ovens every day to bring out the most flavorful notes of each meat, vegetable, and topping including even nuts and capers. SPIN!’s pizza toppings, ingredients, homemade soups, and made-from-scratch salad dressings are prepared daily from fresh produce and meats.

In addition to its wines and artisan menu, SPIN! is recognized for its convenient service model. Guests place their orders at a counter in the restaurant’s ordering lobby and then relax at their tables where servers deliver their food and beverages. This lets guests control their time whether they’re in a hurry or in the mood to leisurely hang out.

Crown Center is the seventh area location for SPIN!, which has restaurants under construction in Overland Park’s Corbin Park Retail Village and on Warrensburg’s University of Central Missouri campus. SPIN! currently has locations in midtown Kansas City and Lee’s Summit, Mo. and in Overland Park, Olathe, Prairie Village and Lenexa, Ks.