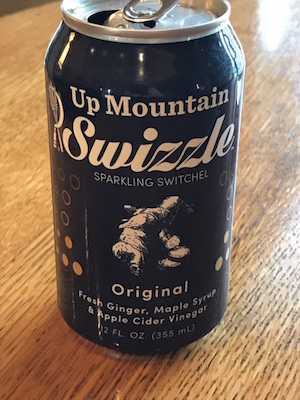 Next time you go to grab a Gatorade to replace lost electrolytes from a workout, hangover or whatever else you might use it for, try a switchel instead. I know you might be asking what in the heck is switchel?

Actually, switchel has been around long before Gatorade was even a thought. It was used to fuel and rehydrate farmers and workers in the hayfields during Colonial times.

Although farming has modernized quite a bit since those times, a farmer can still work up quite a thirst out in the fields. Just think how much thirstier a job it was for the Colonials when the grass was hand-cut with a scythe. I’m sure if Iron-Man races were a thing back then the athletes would have used it too! 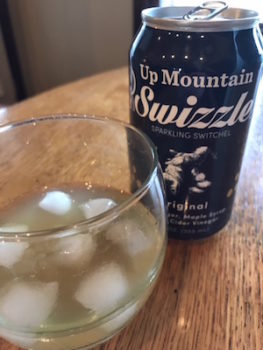 Gatorade type drink were not around during that time as electrolytes were not even discovered until the 1900’s. And there were no scientific studies showing our bodies needed them replaced after exertion.

Somehow our ancestors knew what they were doing and what our bodies needed and created switchel to nourish them. To bad we didn’t listen and let preservatives and sugar take the place of this natural re-hydrator.

Switchel contains water, apple cider vinegar, ginger and a sweetener. The sweetener can be either molasses, maple syrup, honey or brown sugar.

Apple Cider Vinegar (ACV) is all of the rage now and is great for digestion and gut health. Many people incorporate ACV into their diets to aid in weight loss.

With the exception of water, all the other ingredients in the switchel contain potassium which is an electrolyte. Which we now know our bodies need to function properly.

I recently received a sample of switchel from a company called Up Mountain Swizzle, who make a sparkling switchel with fresh ginger, real maple syrup and apple cider vinegar

I have to say the maple syrup definitely makes it sweet and the ginger adds quite a bit of flavoring. It is also fizzy so it feels like you are drinking a soda. You could think of it as a healthy ginger ale! I never drink pop so this definitely feel a like a treat! 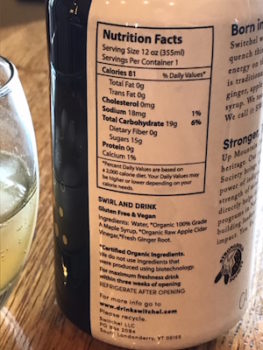 I’ve been drinking a concoction I call wetter water for about a year and half which has apple cider vinegar in it. I do it first thing in the morning to get my gut ready for the day.

I like that the Up Mountain sparkling switchel is a little sweeter than my wetter water and definitely more travel friendly. I can just toss a can in my bag or suitcase. I tried traveling with a bottle of apple cider vinegar once. It really did not work out so well.

If you are a Gatorade junkie, I would encourage you to make the switch to switchel. If you have been curious about all the health benefits of apple cider vinegar drinks give Up Mountain sparkling switchel a try.