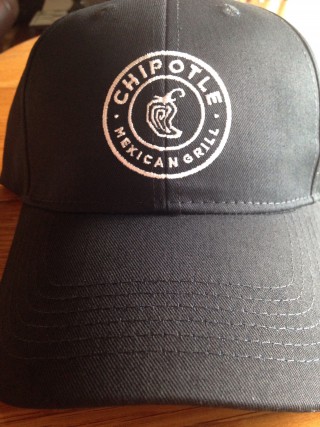 Below is the official press release for the VIP Giveaway from Chipotle for a trip for four to the MLS All Star Week. 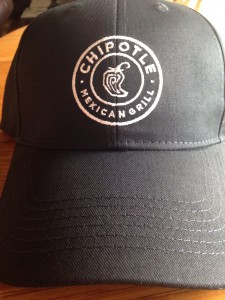 The contest supports Chipotle’s partnership as the official fast-casual Mexican restaurant of MLS, as well as the creation and sponsorship of the second-annual Chipotle MLS Homegrown Game, which recognizes and features Major League Soccer’s top Homegrown players. This year’s game will be held Tuesday, July 28, at 7 p.m. MDT at Dick’s Sporting Goods Park – home of the Colorado Rapids – as a prelude to the 2015 AT&T All-Star Game the following night. This year the MLS Homegrown Team will face Club América’s U-20 squad, the official youth squad of Club América, Mexico’s most successful club.

Starting June 4, customers can enter by texting the word “Homegrown” to 888222 for a chance to win. The sweepstakes will run through July 5, 2015, and the winner will be selected on or around July 6, 2015. Full details of the sweepstakes will be posted in Chipotle restaurants across the U.S. starting today and continuing for the duration of the sweepstakes, and can also be found by visiting: http://www.chipotlehomegrown.com/#win.

The full prize package will include:

• Business-class round-trip airfare for four (4)
• Four-night hotel stay in Denver (July 27-31, 2015)
• (4) premium tickets to the 2015 Chipotle MLS Homegrown Game (Tuesday, July 28), and (4) premium tickets and pre-game field passes to the 2015 AT&T MLS All-Star Game
• $650 allowance for full-size rental car for length of stay; ground transportation to and from destination airport and hotel
• $5,000 spending money to be awarded in the form of a check to the grand prizewinner

Tickets and more details about the sweepstakes are available at http://www.chipotlehomegrown.com.

Steve Ells, founder, chairman and co-CEO, started Chipotle with the idea that food served fast did not have to be a typical fast-food experience. Today, Chipotle continues to offer a focused menu of burritos, tacos, burrito bowls (a burrito without the tortilla) and salads made from fresh, high-quality raw ingredients, prepared using classic cooking methods and served in a distinctive atmosphere. Through our vision of Food With Integrity, Chipotle is seeking better food from using ingredients that are not only fresh, but that – where possible – are sustainably grown and raised responsibly with respect for the animals, the land and the farmers who produce the food. In order to achieve this vision, we focus on building a special people culture that is centered on creating teams of top performers empowered to achieve high standards. This people culture not only leads to a better dining experience for our customers, it also allows us to develop future leaders from within. Chipotle opened with a single restaurant in 1993 and operates more than 1,800 restaurants, including 17 Chipotle restaurants outside the U.S. and 10 ShopHouse Southeast Asian Kitchen restaurants, and is an investor in an entity that owns and operates two Pizzeria Locale restaurants. For more information, visit Chipotle.com.

Major League Soccer kicks off its 20th season tonight, featuring 20 clubs throughout the United States and Canada. The 2015 season will feature the most comprehensive U.S. media rights partnership in the history of the league, as eight-year agreements with ESPN, FOX Sports and Univision Deportes will commence. The 2015 regular season schedule can be viewed here. For more information about MLS, visit www.MLSsoccer.com.