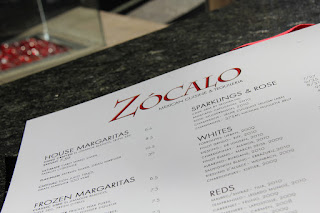 If you are an avid reader of this blog, you know that Mexican fare is just about my favorite cuisine out there, but you may also notice there are only a handful of Mexican restaurants posts. While most places are similar with your average combos with rice and beans, I find them all the about the same and a dime a dozen, so I truly only write about ones that I have really enjoyed and will make a point to go back to.

Zocalo Mexican Cuisine & Tequileria has been on my list to try since they opened last fall so I was thrilled when I received an invitation to try it. Located on the Country Club Plaza, Zocalo has a few things going for them in my opinion. For one they are locally owned, second, the location is great and third and most important to everyone, the food is tasty!
The service was exceptional as well. Our waiter, Christian was amazing and knew the menu like the back of his hand. I do want to point out that all though he knew I was there to “check it out”, he treated all the tables in his section just as special as ours and was simply charming. He also suggested since I was there to taste to let him take over. 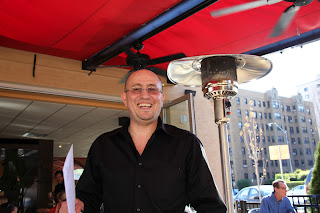 After getting an idea of what we liked, he promised I would not be disappointed.  I felt a little bit like a judge on the Iron Chef not exactly knowing what to expect and could feel the anticipation and excitement as I waited for each dish to arrive. 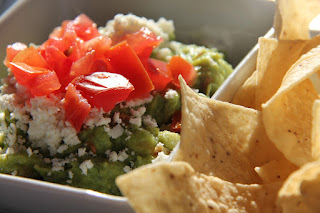 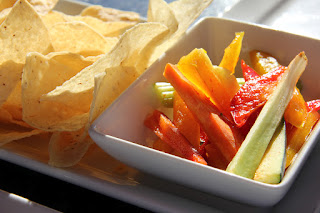 First up was guacamole, it is fresh and served with chips and crudités. I think the addition of the vegetables is a nice touch that way I could have a few chips and then switch to the veggies so I could eat more of the Bacon Wrapped Jalapeño Poppers. 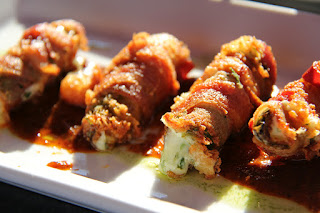 The Poppers, filled with jack cheese and cilantro and served with a chipotle barbecue sauce are tasty! The bacon is crispy, the cheese melted and gooey and the sauce gives them a nice kick.
I did tell Christian I liked enchiladas and he brought me the Enchilada Sampler. (One cheese, one chicken and one seafood enchilada) I also mentioned that I was not big on seafood and he really was listening as it came out with another cheese enchilada in place of the seafood.  I think he must have been a mind reader because when I was looking at the menu before he came to the table that is exactly what I was thinking of getting. 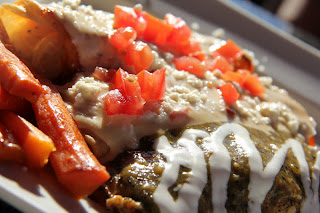 These were yummy.  I loved the freshness of them and did not miss that greasy ring that surrounds many enchilada dinners out there.  For Steve he brought the Short Rib Tacos, another dish I was eying. 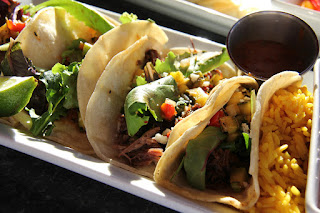 As luck would have it, there were three tacos and three enchiladas, so we made a trade one, of my cheese enchiladas for one of his tacos. Perfect! I love getting a little taste of everything. The tortillas are fresh and soft, the short rib tender and melt in your mouth.
Zocalo  boasts two patio areas and the weather was beautiful the evening we visited so we opted to sit outside. The combination of beautiful weather, outdoor dining and Mexican cuisine spells Margarita to me and Zocalo has quite a selection. 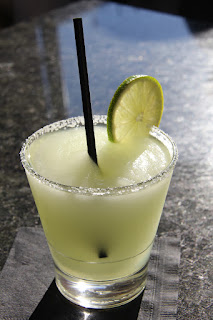 I started with the Skinny Margarita and at the suggestion of Christian, tried the Jalapeño Cooler as well.  The Skinny Margarita was great and made with real lime, but I have to say the Jalapeño Cooler was exceptional.  At first sip, it is slightly sweet and then a little heat hits and it finishes with a refreshing cucumber taste. I have never had anything like it and cannot wait to have it again. 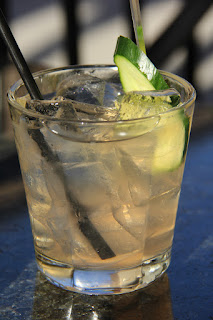 The Tres Leches Cake Christian brought us for dessert was spot on as well.  Everything from beginning to end was delicious. Make sure, when you visit to ask for Christian, he certainly knows his stuff and will not lead you wrong. 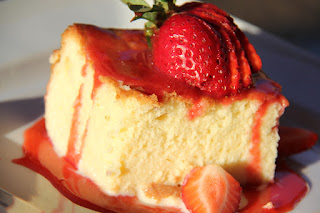 Since this blog has gotten the best of my waistline (and I enjoy every minute of it), I have really tried to cut back on all my consumption and only go out once a week. So when at home I am pretty strict with my diet. Therefore, after a week of lots of egg whites, oatmeal, veggies, grilled chicken and no alcohol, I had been looking forward to this meal and it did not disappoint.
Writing this post has got me craving some Mexican now but I guess since I am home, I better just put some salsa on some fresh spinach with a chicken breast and call it a taco salad!
I do want to be clear that all though Zocalo treated me, their hospitality has not influenced the writing of this and I truly did enjoy everything about it and am looking forward to going back, even at my own expense!

In addition to the regular menu, Zocalo offers a weekend brunch on both Saturday and Sunday and a 9 for $9 weekday lunch special that features 9 dishes of their exceptional Mexican cuisine for only $9.00.

With all the beautiful weather we are having the patio area fills up fast. I would recommend making a reservation if you plan to go. Hopefully I will see you there!

If you have a great food find in KC, email me.